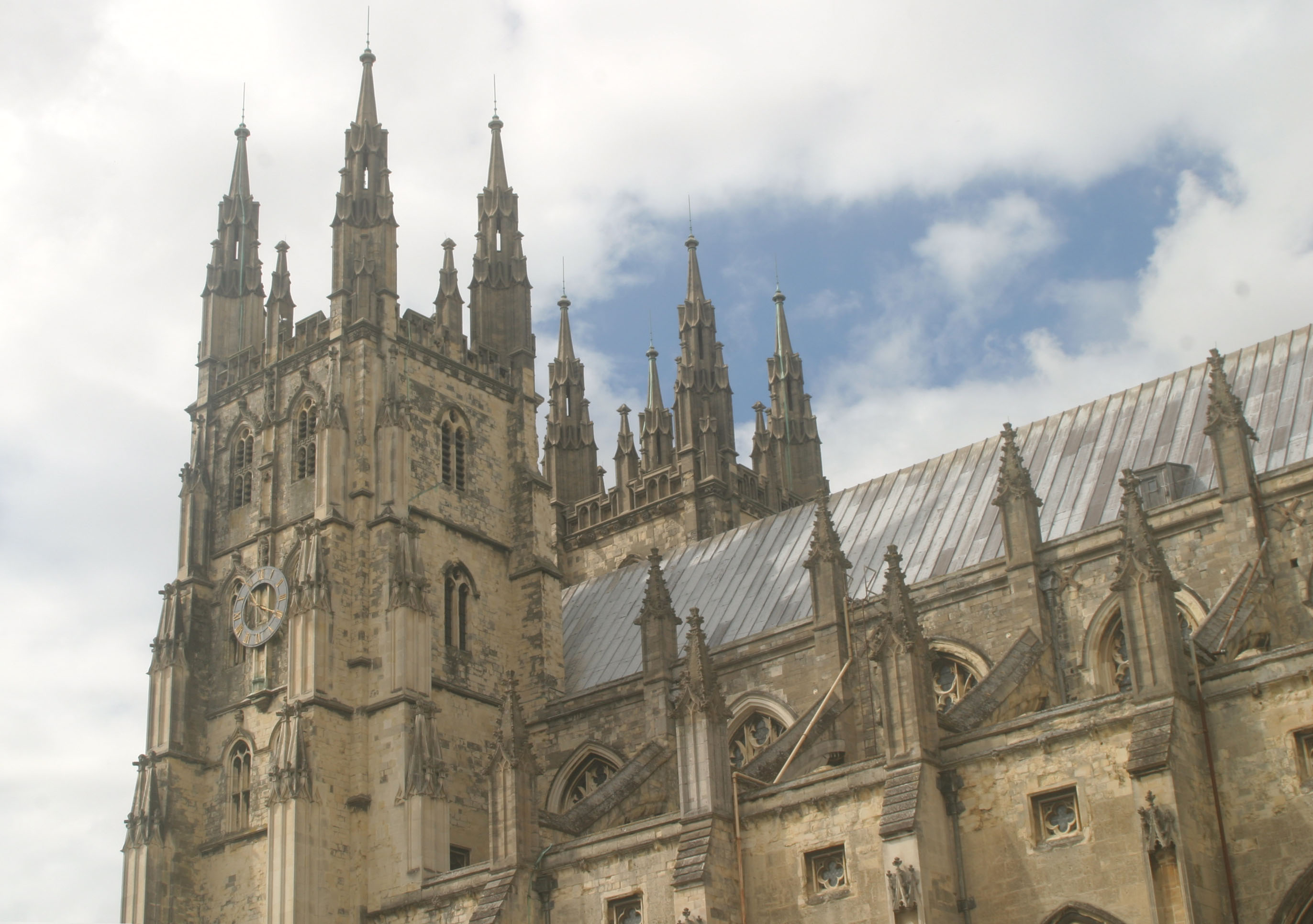 The bells of Canterbury Cathedral, mother church of the Anglican Communion, rang out last night (Thursday) to celebrate the birth of the future supreme governor of the Church of England.

His Royal Highness Prince George Alexander Louis of Cambridge, the first son of Prince William and his wife Katherine, was born in the Lyndon Wing of St Mary’s Hospital, Paddington, London, on Monday. Prince George is third in line to the throne of Britain and 15 other nations, including Canada, Australia, New Zealand, Jamaica, Barbados, the Bahamas, Grenada, Papua New Guinea, the Solomon Islands, Tuvalu, Saint Lucia, Saint Vincent and the Grenadines, Belize, Antigua and Barbuda, and Saint Kitts and Nevis.

When he eventually becomes King he will also take on the title Supreme Governor of the Church of England.

The special three-hour peel at Canterbury Cathedral last night followed another special peal earlier this week at the Royal church of Westminster Abbey. The Abbey’s Company of Ringers rang a full peal of 5,000 changes on the Abbey’s 10 bells.

The Dean of Westminster, the Very Reverend Dr John Hall who conducted the wedding service of the Duke and Duchess of Cambridge in the Abbey in April 2011, said: “The birth of any child brings great joy to families and friends. This birth, of a child destined one day to be Monarch, will rightly be celebrated throughout the United Kingdom and Realms, the Commonwealth and beyond.”

The ringing of bells is just one way that churches and church leaders are marking the birth.

Visitors to Leicester Cathedral, in central England, are being invited to send their personal messages to the royal couple in special Books of Congratulations that have been opened in the Cathedral. Visitor numbers have increased following the discovery last year of the remains of King Richard III, who will be buried in the Cathedral.

The Bishop of Leicester, the Rt Revd Tim Stevens, said: “We all rejoice with the Duke and Duchess of Cambridge on the birth of their son. In the year in which the Queen celebrates the 60th anniversary of her coronation, it is a great joy to us all to know that now three succeeding generations of heirs to the throne stand ready to offer stability for the nation under the crown. We give thanks to God for this new birth and pray for the parents and all the Royal Family”

The Primate of the Anglican Church of Canada, the Most Revd Fred Hiltz, said he joined “millions of people across Britain and throughout the Commonwealth in rejoicing with the Duke and Duchess of Cambridge in the birth of their baby boy.”

The Archbishop added: “The announcement of the birth has created such jubilation in the streets of London. The flash of flags, the ringing of church bells, the chants of the crowds gathering in The Mall and in front of the Palace speak of a people’s deep joy.

“I pray that William and Kate will find true delight in their child and that God will give them quiet strength and patient wisdom as they seek to nurture their child in all that’s good and true and just and pure. May God bless them with much happiness this day and for many, many years to come.”

Prince George is expected to be baptised by the Archbishop of Canterbury in the Autumn. Traditionally royal babies have been baptised in a private ceremony in the Music Room at Buckingham Palace; but some news reports suggest that a more open service at St George’s Chapel in Windsor Castle is being considered.

The British Monarch’s position as Supreme Governor of the Church of England (or, rather, the English Monarch’s position – Scotland was a separate country at the time) date back to Henry VIII’s declaration that he, not the Pope, was head of the Church in England. Henry retained the title Defender of the Faith that Pope Leo X had bestowed on him for his outspoken attack on Luther’s 95 Theses. This title, Fidei Defensor in Latin, has been part of the English Monarch’s official titles ever since.

After the death of Queen Elizabeth I in 1603, the English Crown passed to James VI of Scotland, who became James I of England. The uniting of the two Crowns, and subsequent constitutional changes, created the situation that still continues, where the British Monarch is Supreme Governor of the Church of England; but also a member of the Presbyterian Church of Scotland.

The Church of England has written a special prayer to mark the birth:

God our Creator,
who knows each of us by name and loves us from all eternity:
we give you thanks for new life and human love.
Bless William and Catherine as they welcome their son into the world.
Give them patience and wisdom to cherish and love him as he grows.
Surround the family with the light of hope and the warmth of your love
today and always;
through Jesus Christ our Lord.
Amen.