Praying for the peace of Jerusalem as fresh talks start

Praying for the peace of Jerusalem as fresh talks start 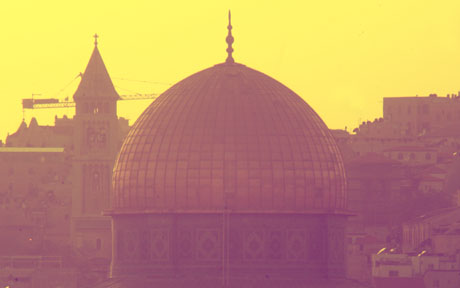 Fresh talks aimed at reaching a permanent peace agreement in the Holy Land have begun under the sponsorship of the United States’ government. The US Secretary of State, John Kerry, convened talks in Washington this week between Dr Saeb Erekat of the Palestinian Authority and Israeli Justice Minister Tzipi Livni. Those talks paved the way for an agreement on talks on a permanent agreement.

“I know the path is difficult. There is no shortage of passionate skeptics. But with capable, respected negotiators, like Minister Tzipi Livni and Dr. Saeb Erekat, standing side by side here today . . . with their efforts, their expertise, and their commitment, I’m convinced that we can get there,” Secretary Kerry said.

“The Israeli people and the Palestinian people both have leaders willing to heed the call of history, leaders who will stand strong in the face of criticism and are right now for what they know is in their people’s best interests,” he said. “Their commitment to make tough choices, frankly, should give all of us hope that these negotiations actually have a chance to accomplish something.” 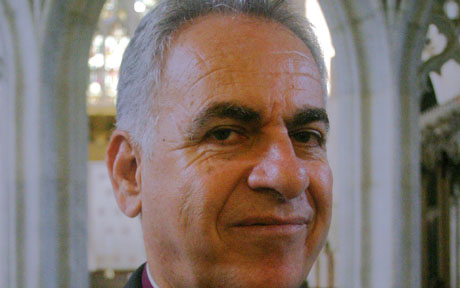 Welcoming the talks, the Bishop of Jerusalem and the Middle East, the Rt Revd Suheil Dawani, said: “For our area, for the Middle East as a whole, it is important that there is now a serious start to the peace talks between Israel and Palestine, which have been on hold for several years.

“The re-start of the peace talks will help to ease the tensions here and provide everyone with some hope that peace is still possible. Generally, people are wearied by the constant conflict and lack of peace. They are tired of the killing and loss of life.

“The renewed peace talks will keep hope alive that a better day is coming for everyone involved. With peace and reconciliation both peoples will have a better life, where everyone can live in freedom, with equal opportunity to build their future, and to advance the well-being of their families and communities.”

Bishop Suheil continued: “These peace talks will help indigenous Christians as well, who also are negatively impacted by conflict and the lack of peace and reconciliation. Our prayers are with those who are directly involved in the negotiations, that they will be successful in reviving and refreshing the Two-State Solution, and that a true and genuine agreement will be reached which enables both peoples to live side by side, each in a vibrant state of their own, and with peace, justice and security.”

“They are on the table with one simple goal: a view to ending the conflict, ending the claims. Our objective will be to achieve a final status agreement over the course of the next nine months.”

He continued: “We all appreciate . . . the challenges ahead. But even as we look down the difficult road that is before us and consider the complicated choices that we face, we cannot lose sight of something that is often forgotten in the Middle East, and that is what awaits everybody with success. We need to actually change the way we think about compromise in order to get to success. Compromise doesn’t only mean giving up something or giving something away; reasonable principled compromise in the name of peace means that everybody stands to gain. Each side has a stake in the other’s success, and everyone can benefit from the dividends of peace.

“We simply wouldn’t be standing here if the leaders – President Abbas and Prime Minister Netanyahu – and their designated negotiators . . . didn’t believe that we could get there.

“We can envision a day when Palestinians can finally realize their aspirations for a flourishing state of their own, and the ground-breaking economic initiative that we’ve been working on . . . can help transform the Palestinian economy and build up unprecedented markets and unblocked waves of foreign investment. And we shouldn’t forget that the new jobs, the new homes, the new industries that can grow in a new Palestinian state will also benefit Israelis next door, where a vibrant economy will find new partners.

“We can also envision a day when Israelis actually can truly live in peace – not just the absence of conflict, but a full and a lasting peace with Arab and Muslim nations, an end once and for all to the pernicious attacks on Israel’s legitimacy.”